TUCSON, Ariz. (February 12, 2021) – Sundt Construction, Inc., promoted Amy White to project engineer in its Tucson office. In her new role, White will support assigned projects in construction and preconstruction throughout the Tucson region. 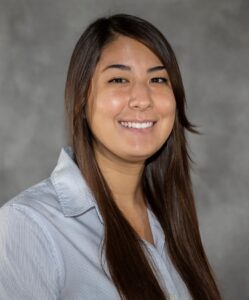 “Amy has shown great dedication to each project she has worked on within the past few years as an intern and field engineer,” said Ian McDowell, Vice President and Tucson Regional Director. “We’re looking forward to seeing her excel in her new role as a project engineer and help lead the project team to success.”

White earned her bachelor’s degree in civil engineering with an emphasis in construction management from the University of Arizona. She is also OSHA 30 certified and a member of the Society of Hispanic Professional Engineers and American Society of Civil Engineers.

Sundt opened its Tucson office in 1929. In the decades since, it has built notable landmarks across the Old Pueblo. The company is currently working on the Student Success District, the Monastery, Tucson Convention Center’s capital improvements and the I-10 – Ruthrauff interchange.  Recently Sundt completed the Banner-University Medical Center Tucson’s new hospital tower and the I-10 – Ina Interchange. The company continually ranks in the top five of ENR Southwest’s Top Contractors.