With over 13 years at Sundt, Jesse DeHaro is a prime example of why we celebrate National Employee Ownership Month. October isn’t just about our Employee Stock Ownership Plan (ESOP) or the opportunities and incentives it offers our workforce. It’s about the purpose, pride, and personal and professional growth behind our work. This week, Jesse shared about being invested in his career, and how Sundt has invested in his skills and long-term future.

How’d you get your start with Sundt, and what has made you stick with the company?

I got connected with Sundt through my dad, who had done carpentry and paving work for them before. And I’ve stayed because, in all honesty, I fell in love with the work. It went from being a job to being a career, a way of living. Every day is different—that’s what I like about it. I did the office-job thing before this, and at one point I just said: this isn’t for me. I’d rather be out in the field, really working, doing what needs to be done to keep things moving.

Tell me about your career progression—what roles have you held, and what is your current role?

I started off as a laborer, and I loved it, just going to work every day and shoveling. About a year and a half in, some of my family—a few who’ve been in construction a long time—said, “You know, it’s good that you like this work now. You’re young. But you should think about what you want to do as you get older.”

That’s when I asked my supervisor about joining the Heavy Equipment Operator Program through Central Arizona College. I started the program in 2008 and graduated in 2011 as a Journeyman Operating Engineer. From there I worked in San Antonio, Phoenix and Tucson, operating backhoes, gannons, skid-steers, and loaders. In the past few years, I’ve moved into a foreman position.

Beyond the Operator Program, what other ways has Sundt invested in your skills?

I feel like they’ve invested a lot in me, as well as the people around me. Growth here isn’t just about adding people; it’s helping the people we have to learn more and more. As a foreman, I’ve been doing pipe and dirt work, and now getting into more MSE (mechanically stabilized earth) walls. But I’ve also been doing skills development classes. I’ve learned things that are difficult to pick up through on-the-job training, like how to read drawings. Sundt’s craft training instructors are thorough and answer all of your questions; they’re focused on your training.

The training has also helped me communicate better with my team, having gone from being a coworker to being a foreman. It’s difficult sometimes, being a younger foreman leading guys who are older than you. But it helps to be open and to listen to people’s ideas. You don’t want to burn out your laborers, so if there’s a more efficient way to do something—even if you haven’t tried that way before—it’s good to be open-minded and find new ways to work smarter.

Sundt is 100% employee-owned; that includes admin and craft. How does that affect company culture? Like, how does that look out in the field?

In the field, people take more pride in their work. They think more about what they’re doing, and they’re less wasteful. It’s a running joke—but we’re also totally serious—like, we’ll tell each other, “Hey, don’t be doing that—you’re wasting my ESOP!” It makes you think about every decision you make. Not many other contractors offer an ESOP, let alone a 401k with a match like we have.

Speaking of the ESOP, how does that set you up long term? For someone who’s younger, considering a career in construction, why does this matter?

Well, the extra earnings from the ESOP really matter. With the company match, it’s basically free money. You’re out here working as hard as you can already, day in and day out, and those extra earnings aren’t just going to cover your future but they’re covering your family’s as well. I’d tell someone who’s starting out: contribute to that 401k right now. Start saving.

Also, take the opportunities you’re given. If you get a chance to travel, take it. That’s where I learned a lot of this trade. Being on smaller teams, with just a few people doing a lot of different parts of the job, you learn so much more because you have to. And that’s the time to do it—when you’re young and you don’t have kids, it’s the best time to venture out.

The last thing I’d say is: find a company where you can grow. At Sundt, if the desire is there, the opportunity will follow. You’ve got to want it. If you have the motivation, you can go as far as you want. 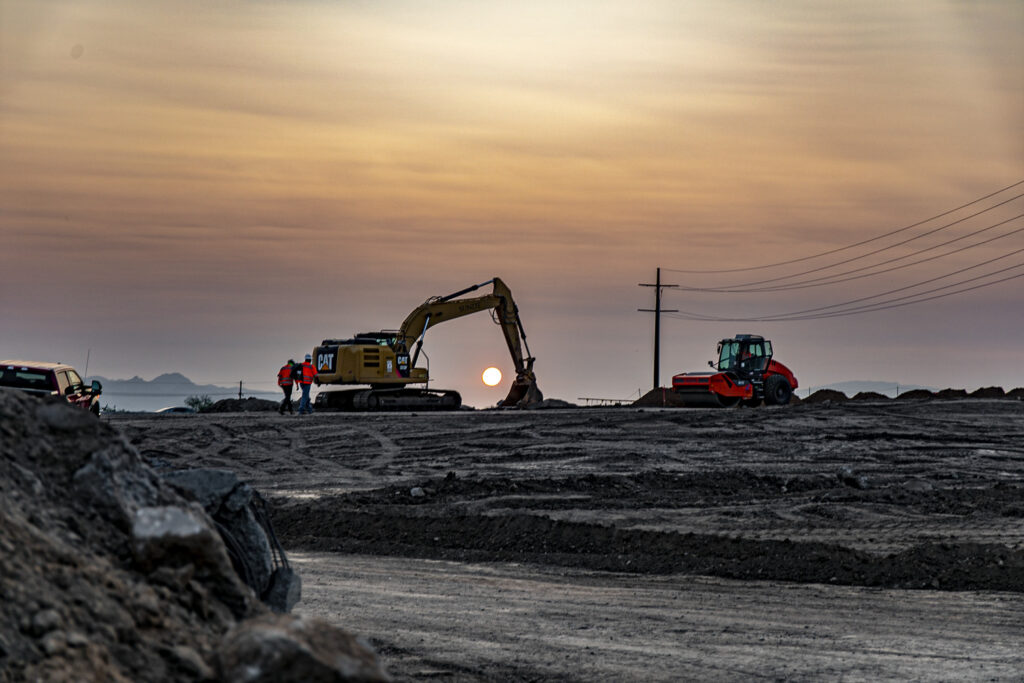 “It went from being a job to being a career, a way of living. Every day is different—that’s what I like about it. I did the office-job thing before this, and at one point I just said: this isn’t for me. I’d rather be out in the field, really working, doing what needs to be done to keep things moving.”