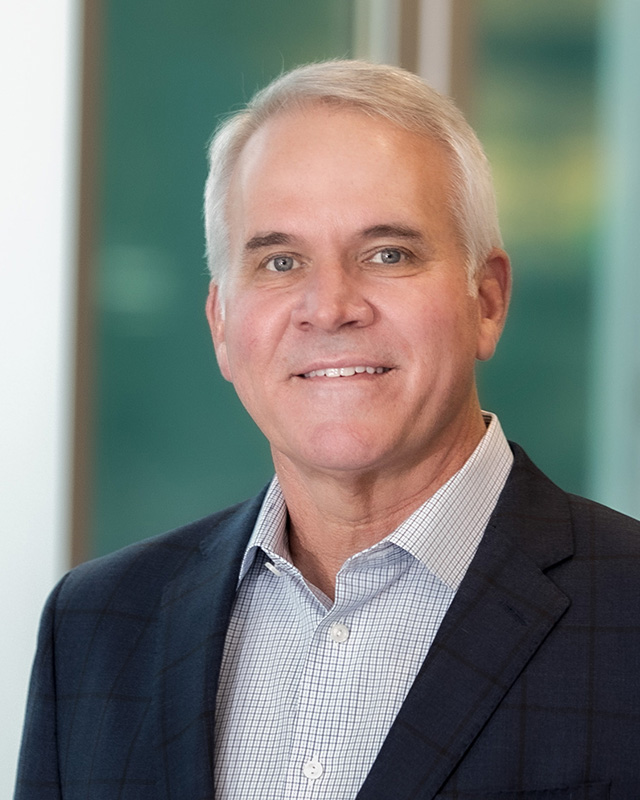 President, CEO & Chairman of the Board

Alumnus of University of Arizona

In addition to being the President and Chief Executive Officer of Sundt Construction, Mike Hoover is also the Chairman of the company’s Board of Directors.

Mike’s primary responsibilities include developing and executing the company’s strategic plan and serving as the main point of communication between the Board of Directors and corporate operations personnel.

Mike’s belief in giving back to his community and the construction industry is evidenced by his involvement in a wide range of organizations. In 2018 he served as President of The Beavers, a national heavy civil organization that promotes goodwill, friendliness and consideration within the heavy engineering construction industry. He is on the board of directors for The Road Information Program (TRIP). He is also a Board member of Greater Phoenix Leadership, an organization of leading CEOs aligning leadership and resources at the intersection of the business, education, philanthropy and public policy sectors to improve economic vitality and quality of life. He serves as a member on the Construction Industry Round Table, which is an association of chief executive officers of America’s leading design and construction companies working to be a leading force for positive change in the industry.

Prior to becoming Sundt’s President and CEO in October 2016, Mike served as Executive Vice President and Chief Operating Officer managing the company’s transportation, mining and industrial, concrete, building, safety and quality control groups. Under his leadership, the company expanded into new markets, including Irvine; Salt Lake City, Utah; and Fort Worth, Texas. In 2016, Sundt was named the nation’s safest construction company by the Associated General Contractors of America for the second time in a decade, an honor no other contractor can claim. Sundt is also known for giving back to the communities where its employee-owners live and work, through the Sundt Foundation. Mike has continued that tradition of generosity, leading the company to cross the $11 million mark in donations made to hundreds of nonprofit organizations across the country.

Mike began his construction career in 1978 not long after graduating high school. He earned his Bachelor’s Degree in Mechanical Engineering from the University of Arizona in Tucson. He is proud to be among the few construction industry leaders who worked their way up from laborer to executive.

With more than 2,000 employees in 11 offices throughout the West, Sundt is one of the country’s largest and most innovative construction firms, performing transportation, industrial, building and concrete work. The 131-year-old company is employee-owned and consistently ranked one of the best places to work by business publications in multiple cities.