Construction is well underway for the Idaho Transportation Department’s (ITD) I-86 and I-15 System Interchange Reconstruction in Pocatello, Idaho. However, the project team is creating something much bigger for Sundt in this new market: they’re paving the way for more work in the Intermountain region with innovative problem solving and a collaborative relationship with ITD and their JV partner, Cannon Builder.

Situated in the southeast corner of Idaho, the City of Pocatello is the home of Idaho State University and is the largest city in Bannock County. The ITD I-86 and I-15 System Interchange, known as the “Flying Y,” was built in the mid-1960s, but with increased through traffic causing more congestion, the city is ready for an upgrade. The Sundt-Cannon project will improve operations, safety and mobility between I-86 and I-15 and will prepare the city for the future expansion of I-15.

Sundt Project Manager Thiago Bezerra, who has overseen several award-winning projects, describes the culture on this job as “seamless,” crediting the entire team for their work in building trusting relationships. “The team is jiving really well; we’re all focused on the best possible solutions to improve the end result of the project, regardless of what our badges say.” What’s more significant, is that this is the first JV partnership for Cannon Builder and Sundt’s first Transportation JV in the Intermountain region.

“This really is the flagship project in the Intermountain region, and everything we’re doing reflects Sundt’s purpose to promote collective prosperity for the City of Pocatello.”—Thiago Bezerra, Project Manager 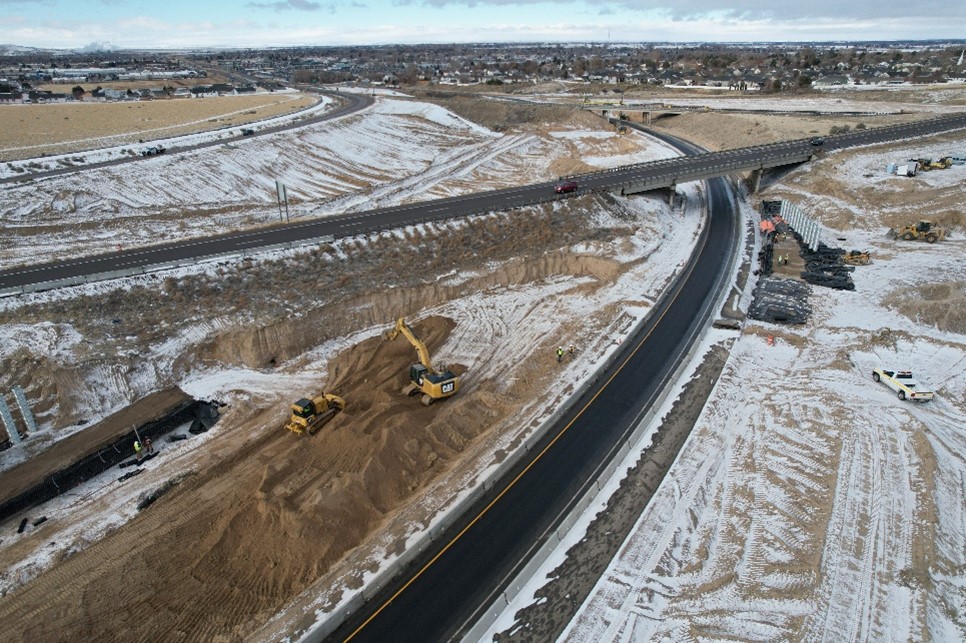 The project includes the construction of eight new bridges, which isn’t an easy feat in Idaho’s single-digit winter weather. “Cannon has years of experience in building bridges in winter weather, which is a crucial component to this project,” Thiago noted. Besides bringing the experience, our JV partner also shares in Sundt’s “one team” mentality: “Our two main bridge superintendents are joined at the hip. They’re collaborating like they’ve been working together for years.”

One of the early challenges in construction was the logistics of how to move over one million yards of earthwork to various parts of the project to be placed. Because this is an interchange with active ramps and bridges, some areas of the project became landlocked. “Moving earthwork over live roadways was not an option so our team had to get creative with the solution,” Thiago said.

Field engineer Michael Marsh had the right solution—a conveyor belt system. “I suggested a conveyor system to the team. I presented that this might benefit the project by reducing the potential risks involved with on-the-road trucking, use of fuel and restrictions with standard dirt moving processes.” Initially, the team concluded they didn’t have anywhere to put the conveyor that wouldn’t impact traffic, but after some time, Michael was able to configure a temporary traffic control plan to shift one of the ramps and provide space for the conveyor system that would be protected by concrete barrier. “This location allows the project to move close to 60% of the project’s total cut-to-fill with one traffic shift.” 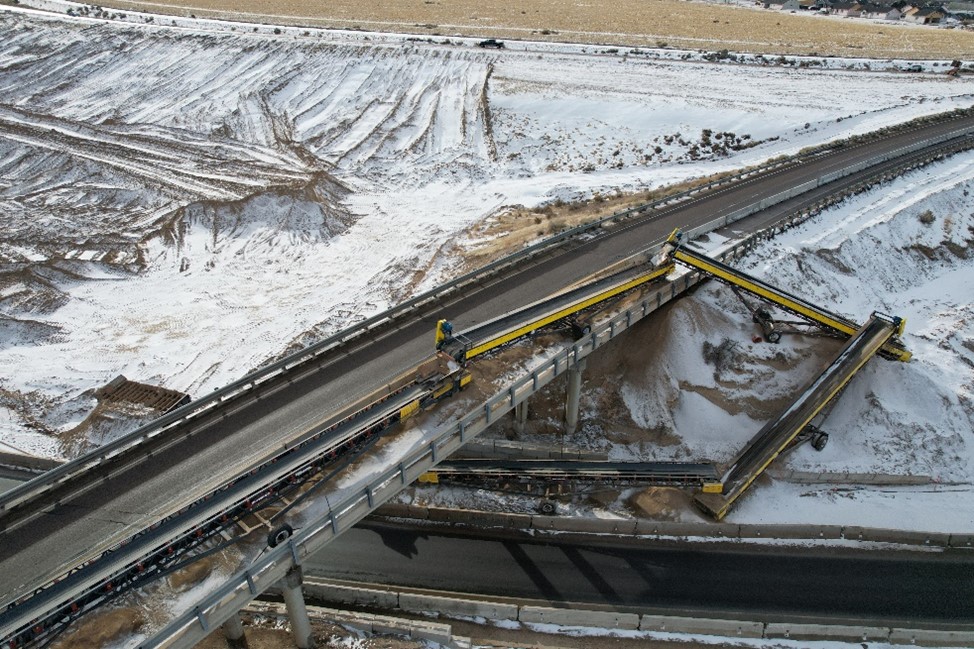 Thiago explained that the conveyor belt system moves earthwork continuously over several thousand feet; it’s proving to be a safe, efficient and sustainable solution for the team. “With the belt, we have fewer trucks on site moving earth. As a result, the area becomes safer for our crew and more sustainable: fewer trucks means lower carbon emissions. It’s a win-win-win.”

With the current and impending winter snow, the project team is adamant about planning and performing prep work to ensure the safety of the site and the successful delivery of the project for ITD and the people of Pocatello.

“The heroes of the project are our craft. They have to work in uncomfortable, at times subzero temperatures, but they’re out there making the work happen. We’re lucky to have such a dedicated crew.”—Thiago Bezerra, Project Manager

If you’re interested in working in Sundt’s Intermountain region, check out our current openings.