In toolbox talks across the country this week, fatal hazards such as falls, electrocutions, and crushes are taking center stage. More and more contractors, however, are also using this time to focus on issues surrounding mental health. For an industry that has a keen awareness of its numbers, there’s no more avoiding the subject. Construction has a suicide problem.

Nearly 50,000 deaths by suicide occur in the U.S. every year, and about 75% of those are working-aged men, i.e., in their early 20s to 50s. Higher exposure to heightened stress, untreated mental illness, trauma, violence, substance abuse, and access to lethal means are all risk factors. The math adds up that construction workers take their own lives at a rate almost four times that of the general population.

What do we do, then, as an industry? At Sundt, we believe change starts with how we think and talk about mental health—from our HS&E group to our support staff, to our project teams on the front lines. In order to educate and advocate for mental health, Sundt is taking is a “train the trainer” approach with employee-owners. Among those leading the charge is Project Superintendent Randy Stromstad.

It Walks Among Us in Silence

For Randy, who is overseeing a large confidential data center project in west Phoenix, the subject became hard to ignore in the first few months of the pandemic. “At our first HSE talk on mental health, a team member shared his child was thinking about attempting suicide,” said Randy. “This is someone I’ve known for years. And to hear how this issue was affecting him, it made me realize how little we talk about it as an industry. I felt like we could do more as a project.”

Randy sought out ways to make mental health a bigger focus on the jobsite for both project team members and subcontractors. “When you start to understand the risk factors for construction, and the struggles people have been dealing with in the last two years, you want to get out ahead of it. We should be proactive instead of reactive, approaching mental health risks like we do any other safety risk,” said Randy. The challenge with mental health issues, he explained, is that you can’t spot them on a jobsite walk; these things are kept under the hard hat.

“People pass by you every day, and you have no idea what they’re struggling with. That is, unless you’re intentional in seeing the signs and asking direct questions. And you have to do this from a place of genuinely caring about them.” 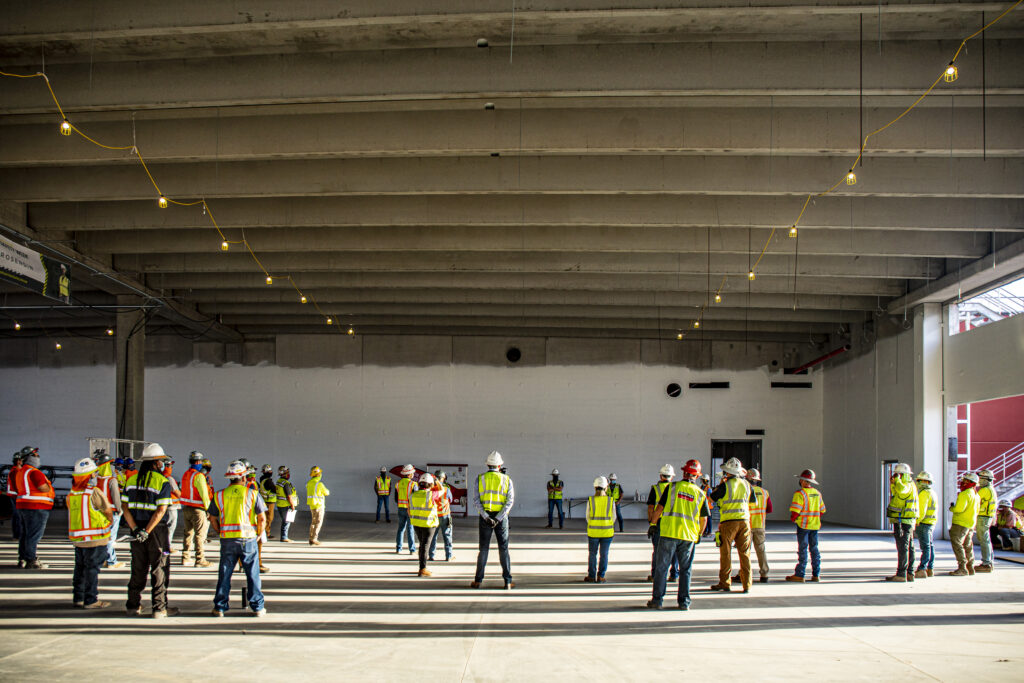 With this approach in mind, Randy created his own hard hat sticker and began organizing more talks and trainings. These culminated in the project’s 2021 Safety Week focus on mental health. “Seeing what Paul Levin (Sundt VP, Director of HSE) was already doing at a corporate level with the Sundt Mental Health Toolkit , it gave me the inspiration to build more awareness on the jobsite,” said Randy. Since then, Randy and his team have been working to break the silence around hard topics, and the impact on the project’s culture has been tangible.

Train the Trainer, Transform the Culture

This year, the data center project’s Safety Week focus is to “Break the Stigma” around mental health issues such as anxiety, depression and suicide. Much of the content came as a result of Randy’s participation in a Construction Working Minds training, led by clinical psychologist Dr. Sally Spencer-Thomas. In March, Sundt assigned 22 employee-owners from across its safety, support and operations groups to attend the two-day suicide prevention training. 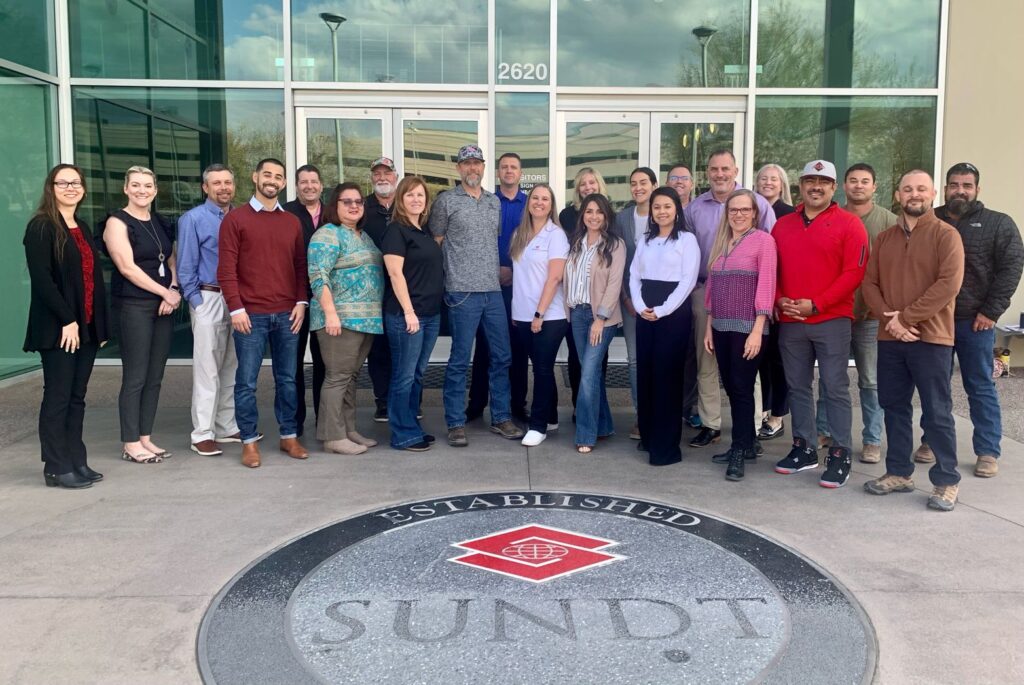 The experience was one of “life learning” for Randy, who came back with several takeaways for his project. These included how to talk about things that most people generally avoid, and learning more about how greatly the cost of doing nothing outweighs the awkwardness of initiating these conversations.

“Think about not only the family and community impact of a single person taking their life,” he said, “but also the impact on the project, from a morale and financial standpoint. To have it happen once is one time too many, and it’s worth the investment to prevent it.”

This investment often takes the form of—not surprisingly—a workplace that cares about its people. Building trust with coworkers, paying attention to know when they’re not acting like themselves, and asking hard and direct questions when the time is right: all of this takes work. Also, not everyone shares the same enthusiasm. For Randy and his fellow employee-owners, however, the team is seeing a return on their investment in more ways than one.

“This is a project where people want to come to work. Our team is bought in. Our subs are bought in. Even the people who questioned things at the start have come around. And you know what? People value the culture. We even have tradespeople who have turned down incentives to go work elsewhere—so that they can stay at this project for longer. That’s a testament to the importance of mental health awareness. For us, it goes way beyond Safety Week.”