Over 400,000 residents in North Phoenix get their water primarily from the Colorado River, whose flows have reached record lows due to climate change and drought. Last month, the federal government declared the river’s first-ever shortage, with tier-one cutbacks starting next year. This news may come as a surprise for some. The City of Phoenix, however, has been working on a backup plan for nearly a decade and is now counting on builders like Sundt to carry it out. 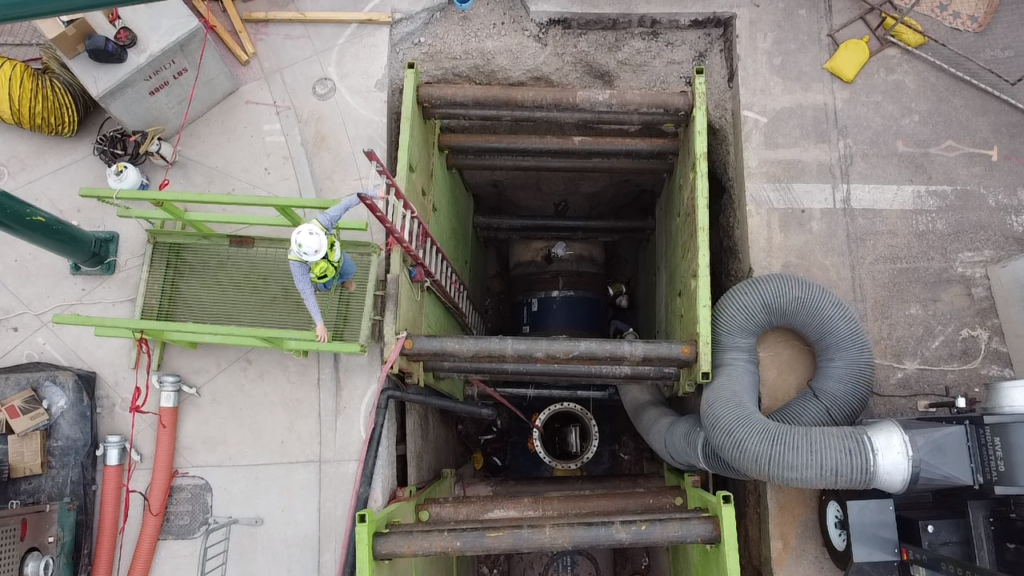 Multiple heavyweight contractors are building a combined $300 million of new water infrastructure, which will pump Salt River and Verde River water from South to North Phoenix during future shortages. Segment 2, where Sundt is serving as the construction manager at risk, includes the installation of a $60 million, 4-mile-long 66-inch pipeline, running under 32nd Street from Shea Boulevard to Bell Road.

From a high-level concept down to where the rubber literally meets the road, Sundt’s scope has involved extensive planning, according to Project Manager Chris Elison. Coming out of a precon phase that lasted 18 months, he noted the technical nature of the project’s constructability.

“We’re working on a highly urbanized street, putting 66-inch pipe into a trench that’s about 11 feet wide and on average 20 feet deep, crossing over a plethora of existing utilities,” said Chris, whose past experience managing our light rail projects has been invaluable in building this pipeline. “There’s a lot of pre-planning on our work zones to keep not only our employees safe, but the traveling public safe as well.”

Barricaded off from traffic at 32nd Street and Bell is a towering CAT 390F, a 95-ton excavator that can excavate up to six cubic yards of dirt in one bucketload. Down in the pit 20 feet below, there’s a tiny Bobcat skid-steer tunneling out half a cubic yard at a time. Once the tunnel is established, the pipe crew lowers and sets each 20-foot piece, which is then welded internally to the next section. The whole process is a balancing act to maximize productivity while minimizing disruption to roadways.

Using jack-and-bores, we’re going underneath these intersections rather than trenching them and shutting them down. Our work to avoid that disruption has larger socio-economic impacts than most people realize.

Whether it was foresight or simply seeking a better opportunity for himself and his family, craft professional Mario Navarro is glad he left his job in the restaurant industry to join Sundt two years ago. As a laborer on the pipeline project, Mario acts as the hands and eyes of our team across the project. When Mario isn’t reading plans, rigging up pipe for tandem excavator picks, or working down in the trench to set the pipe, he’s out walking the site with the Sundt Voices in Safety (SVIS) committee.

“On this job, we have to keep one eye on traffic and one eye on the work. It feels like we’re risking our lives sometimes because there are so many distracted drivers,” said Mario. “From the moment I step foot on site, I have my teammates’ back, and they have mine.” This mindset extends beyond Sundt crews to include subs, suppliers, and anyone else within our project boundaries. According to Mario, the SVIS team’s work is making this a safer jobsite. 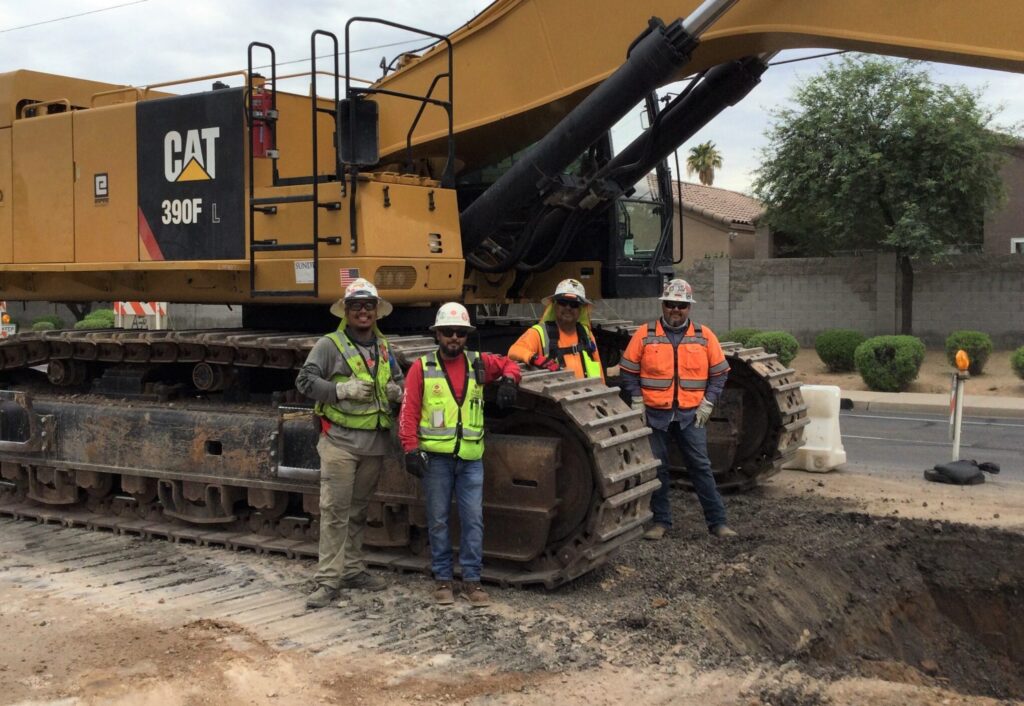 Each week, we go from the North to the South end, trying to find hazards before they become issues. If something needs to be fixed, we talk with the right people and help them find a solution. Everyone is looking out for each other, like a family. Anyone has the right to stop work if they see something unsafe.

The Future Rests on Essential Infrastructure

​Sundt’s successful completion of Segment 2 is critical to the economic health and vitality of Phoenix. When the full pipeline is finished in late 2022, it will go a long way in ensuring all residents have access to safe, reliable, clean drinking water during future times of shortage on the Colorado River.​

“This water supply is vital to our community, which motivates our team on another level. Planning, safety, quality of work: all of these take on new meaning with a project like this,” said Chris. “It’s a testament to our people’s skill that we’re not only managing but self-performing this segment. We all share a certain level of pride and responsibility in finishing the task at hand.” 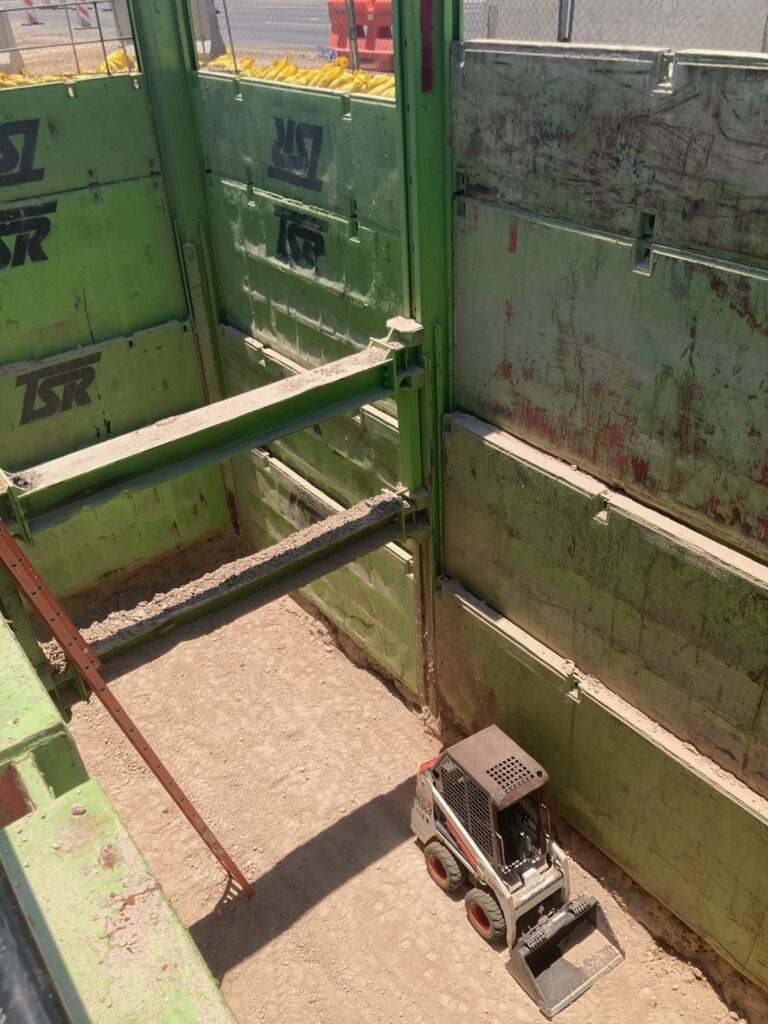