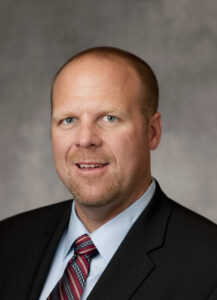 “Travis will play an important role in the group’s future success,” said Cade Rowley, Senior Vice President and Southwest and Intermountain District Manager for Transportation. “He has been an excellent asset for our department and will be a great leader as we evolve our efforts in these regions.”

A construction industry veteran, McCarthy has been with Sundt for over 20 years. In his most recent role, as operations manager, he oversaw operations of transportation projects in Arizona, Texas, New Mexico, Utah and Southern California. In this role, he also led the operations of award-winning projects such as the I-10 Ina Road interchange in Tucson, Ariz., and Go-10 collector-distributor lanes in El Paso, Texas. Before his transportation operations manager role, he served as vice president and division manager of Sundt’s concrete division.

Earlier in his career, McCarthy was the construction manager for two highly successful design-build road construction projects, the $90 million Loop 101 project and the $189 million Loop 202 project, both located in Maricopa County, Ariz.