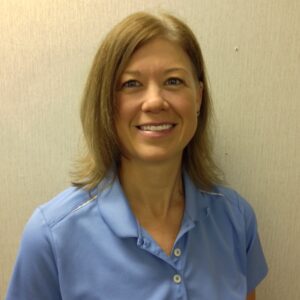 “Maria, Holly, Amber and Ian are dedicated to our clients’ success,” said Bob Aniol, Vice President and Dallas Regional Director for Sundt’s Building Group. “They each bring skills that will further our mission to be the most skilled builder in America, especially in Dallas.”

An essential member of the Sundt Dallas team, Horsak has overseen some of Sundt’s recent projects across the Metroplex. She managed the University of North Texas (UNT) Biomedical Engineering addition in Denton and led the Beacon Recreation Center’s completion for the City of Arlington. She earned her bachelor’s degree in business management from the University of Phoenix.

A 15-year veteran of the construction industry, Simonson has worked on various projects at Sundt. She served as an instrumental leader for the Denton Administrative Complex building project team and has a strong background in government and commercial projects.

Luna’s promotion comes after she played a vital role in Sundt’s success at the Beacon Recreation Center in Arlington. She will now lead the efforts on additional changes to the UNT Biomedical Engineering addition. Luna holds a bachelor’s degree in architectural engineering from the University of Colorado Boulder.

Martinez, previously an intern for Sundt, is currently working on Sundt’s Tarrant County College project in Fort Worth. Before he had worked on Midwestern State University’s Centennial Hall project, Martinez earned his bachelor’s degree in agricultural services and development from Tarleton State University.

Sundt has been instrumental in transforming the skyline of the Dallas-Fort Worth Metroplex – from Reunion Tower in the 1970s to the recently completed 7th Street Bridge. Both projects employed new construction techniques that saved time, reduced costs and put Sundt on the map as one of the country’s most innovative builders. The company is near completion on the Denton County Administration Complex Phase III, and the State Highway 31 relief route improvements in Corsicana. Recently, Sundt completed the Beacon Recreation Center in Arlington, Texas.  The company has 50 years and nearly $3 billion of project work throughout Texas, with offices in Dallas, San Antonio and El Paso.