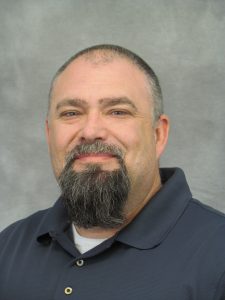 One of Ray’s goals will be to help Sundt meet its growing need for skilled craft workers. It’s estimated that the construction industry will be short 2 million trade workers by 2020.

“During the past year, Sean provided leadership to his team and to the organization to advance the development of our craft workforce at a level that exceeded our expectations,” said Sundt Senior Vice President and Chief Administrative Officer Dan Haag. “This resulted in more progress in the development of our craft workforce in a one-year time period than any year in the company’s history.”

Ray and his team have developed and implemented a successful program to certify craft workers to NCCER standards and started a partnership with Central Arizona College (CAC) to train students to become the next generation of construction professionals. In conjunction with Sundt, CAC offers five pre-employment one-year certificates and one three-year academic apprenticeship program that lead to certifications, certificates and degrees that prepare students for workforce needs including heavy equipment operator, structural welding, pipefitting, industrial construction and concrete construction technology.

Ray entered the construction field in 1994 as a Pipefitter’s Helper. Through the years, he moved up to Journeyman Pipefitter, Foreman, and then into Quality Control. He entered management in 2003 as a Superintendent and has served as Construction Manager, Corporate Quality Manager and Operations Manager.

Ray served in the United States Navy from 1990-’93 as a Sonar Technician on the USS Vincennes, a guided missile cruiser. When not on watch hunting submarines, he was in charge of maintenance on cooling skids for the sonar system, marking his introduction to piping systems.

About Sundt
Sundt Construction, Inc. (www.sundt.com) is one of the country’s largest and most respected general contractors. The 127-year-old firm specializes in transportation, industrial and building work and is known for its commitment to quality and innovative approach to construction services. Sundt has 10 offices throughout California, Arizona, Texas and Utah and is 100 percent owned by its approximately 2,100 employees. The company is consistently ranked among the Best Places to Work by business publications in multiple cities and in 2016 it was named the nation’s safest construction company by the Associated General Contractors of America for the second time in a decade – an honor no other contractor can claim. Sundt’s charitable arm, the Sundt Foundation, recently crossed the $7.9 million mark in donations made to hundreds of nonprofit organizations across the country.